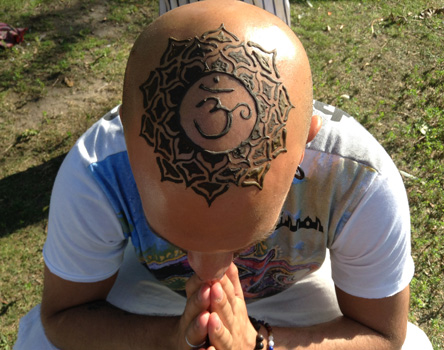 A defining moment in my life was when I was in grade 10 and I met my first friend. He inspired me to write rap songs. Up until then I had been that quiet shy kid who barely spoke. Growing up I felt very small, my dad constantly trying to break my spirit by putting me down and making me feel lesser than. My whole life I was told I would never amount to anything. I felt so lost and confused. I could have been labeled ADD, had I gone to a psychiatrist. I had such a hard time keeping up with the rest of the class, I was failing many subjects. I felt I had a very clear and strong connection to God, Source, Universe; and when we were asked in class what we wanted to be when we grew up, I remember thinking I wanted to be like the prophets I had heard about. I wanted to help people through Love and by sharing the Truth.

Music has always been my savior. I remember going into the washroom with the speakers of my radio shoved in my ear and feeling so free and liberated by music. I would go to sleep listening to rap and rock albums on full volume. I memorized the lyrics of all my favorite rap songs, and was able to recite them from start to finish. 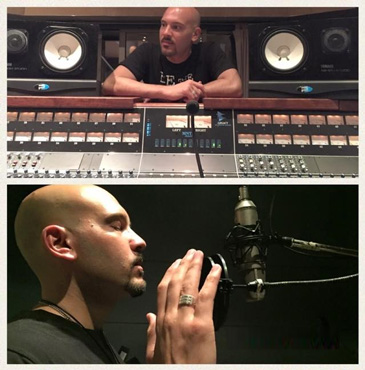 During my teenage years, I started to rebel against the system. I shaved my head, and stopped playing their games. School tried very hard to mold me, keeping me after school on the weekdays and weekends to ‘get with the program’, which only backfired. I was very much influenced by artists like Bob Marley, John Lennon, and 2Pac.

Because I thought my father hated me, I had unresolved anger. I got into fights, abused alcohol and other drugs, until it reached the point were I literally thought my heart was going to stop beating. I remember in that moment having a wake up call. I prayed to God to give me one more chance, “I will make better use of my time here and take better care of myself”. After that, I was guided to email my father who was in Dubai at the time working. In that email, I forgave him for all of the things I had experienced with him growing up. In his response, he mentioned that he loved me and saw a lot of him in me. This was the first time I had heard anything from him that was even close to an ‘I love you’. I learned that he was doing his best to love me the best way he knew how. This broke down the walls of hatred I had created, and for once in my life, I let the Love in. I broke down into tears and felt reborn.

Ever since then, I have been reading and researching the Truth about our world and our potential. This Truth must be expressed, and I share it through my rap songs. 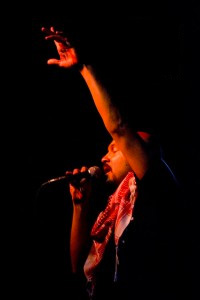 I have been recording and performing since 1999. I completed my first album, Thrival of the Spirit in 2013. The album was a breath of fresh air to the real rap fans and was very well received! We knew what the fans wanted and we were creating the right music with the right message at the right time! We then created a second album called Label Me Infinite in 2014. In 2015 I released a free EP called Not for Sale. I am currently back in the studio working on a new album called ascension 333. I am focusing more on touring now then recording. I am sharing these songs live with as many people as I can.

What makes these albums different than anything else out there? I have infused into the recordings healing energies, positive intentions and prayers so that the listener can then be their best selves and clear their limiting beliefs, fears, emotions, and anything else in the way of them experiencing their best lives possible.

I am a Producer of Music Events, Videos and Albums. I have co-created songs with several award winning artists. I’ve performed at Music Festivals, Schools, Youth Groups, Fashion Shows, and Charities in places such as Toronto, New York, Chicago, Mexico, Brazil and Jamaica.

Indigo Prophet is a Consciousness Artist

Through his positive and empowering lyrics, Tarek is raising awareness! He is also dedicated to raising the vibrations of the planet through healing and hip-hop music. Every song he has written with the intent to educate, motivate, inspire and to heal humanity, especially our youth. His music plays like a soundtrack to our evolution. His work is influenced by spirituality, the truth movement and the global shift in consciousness taking place on our planet right now. His albums include high level healing energies encoded into every track, helping the listener breakthrough their blocks while enjoying the music.

Indigo Prophet has been performing since the year 2000. He has completed the recording of 3 albums, he has directed and produced music videos, and he continues to collaborate with the most conscious artists in the scene. Indigo Prophet has performed at Concerts, Expos and Conscious Music-Art Festivals in the city of Toronto, Chicago, California, Brazil and Jamaica.

I pray that I reach the perfect people with my music and create the perfect impact! Blessings to you all.